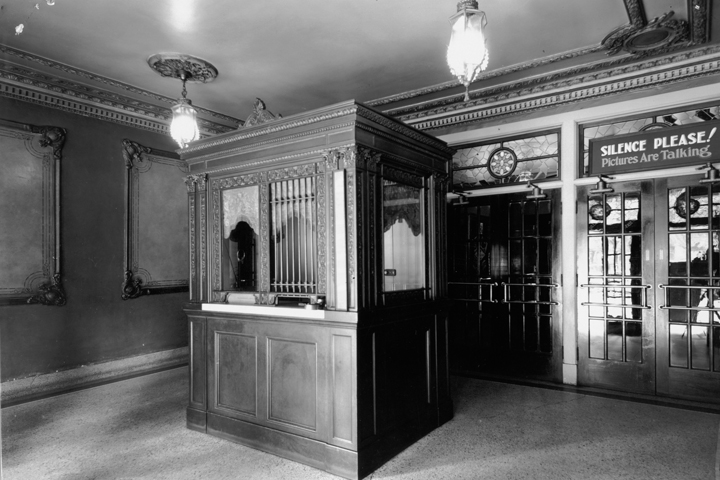 What is now known as The Washington Theater was originally named The Washington Square Theater when it first opened on June 19, 1924. It was designed by the renowned Chicago architect Edward P. Rupert who reportedly got the idea for the Theater when enjoying a trip to Quincy’s Washington Park on a Sunday afternoon in 1921. Rupert created ten other theaters throughout the Midwest and his Washington Square Theater design is considered to be one the most elegant of its time with architecture described by experts as being Mediterranean Renaissance with a Byzantine influence.

Construction of the theater started on October 1, 1923, built as a brick structure enhanced by an enormous amount of terra cotta detail as can still be seen today in the trim, decorative wall panels and cornices. Some of the most prominent features of the Theater are its impressive proscenium arch that surrounds the stage, the wrap around second story balcony and the lighted ceiling dome. Seating capacity at the time of opening was, and remains at around 1,500 patrons. The exterior is also ornamental featuring blue, green, off-white and red terra cotta tiling and had a large marquee and ticket booth. The marquee has recently been renovated with modern electronic signage. 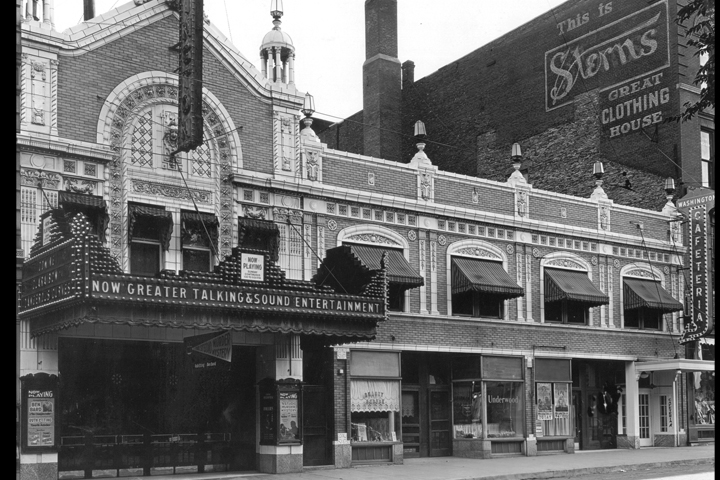 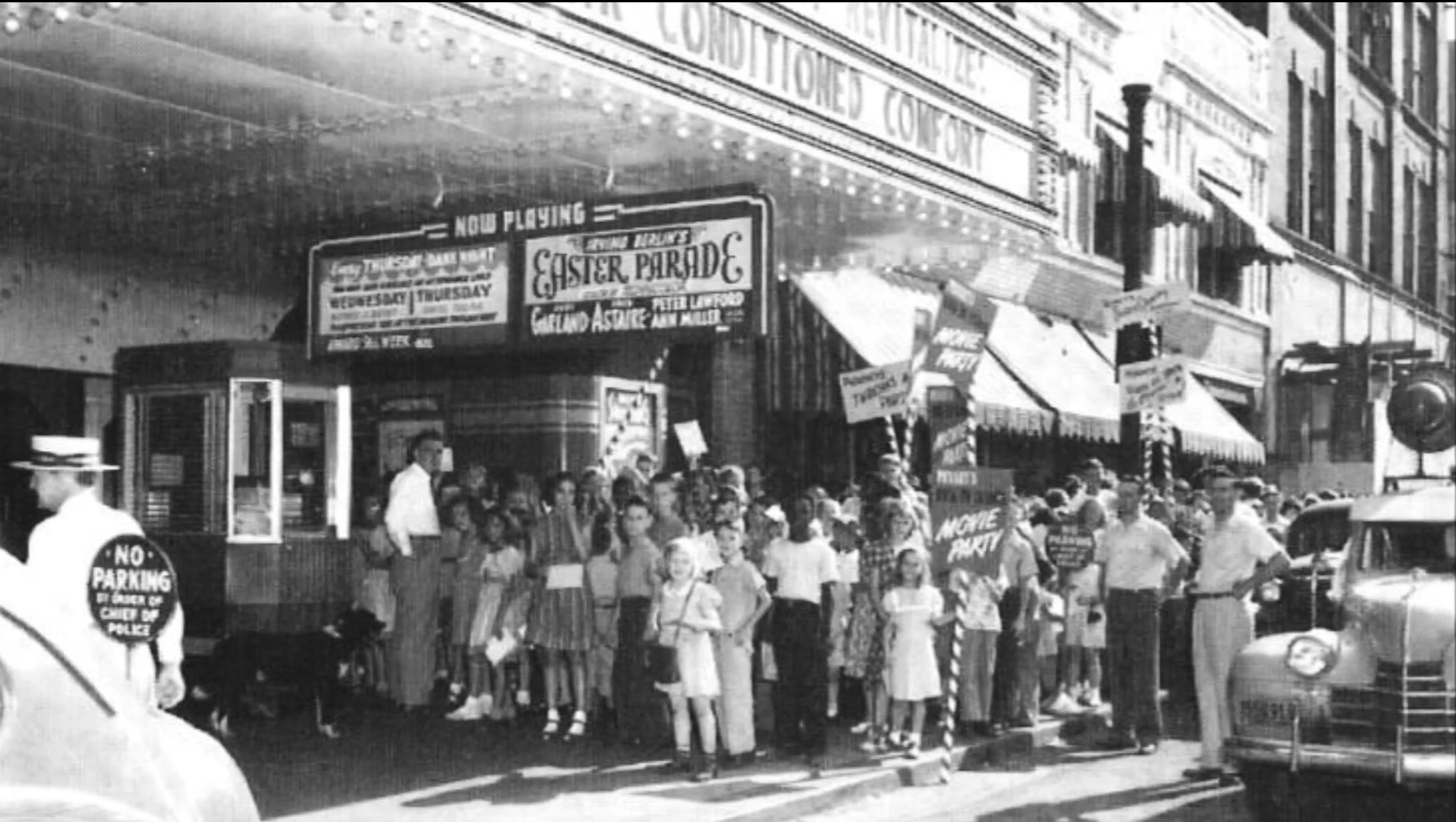 Pete Pinkelman and Albert Cory, original owners of The Washington Park Theater, had planned to open on Easter Sunday of 1924 but due to construction delays the opening moved to June 19th when the first day’s audience attending several shows is reported to have been over 5,000 patrons. Those early audiences came to see vaudeville acts from around the country, enjoy the sound of the Barton 3 pipe organ, witness the spectacular interior with its magnificent lighted dome and the stage’s fire curtain that featured a very large picture of George Washington.

The Washington Theater was one of many vaudeville and movie houses that were largely located along Hampshire Street. Others included the Adams Theater, The Orpheum Theater, the Bijou Theater and the Savoy Theater. Some of these pre-dated the Washington Theater by ten or more years but many are now gone, leaving the Washington Theater as the most prominent and valuable historical theater in Quincy. The Theater is listed in the Register of Historic Structures. The Theater operated for two years under its original owners and in 1926 was bought by Balaban & Katz, Chicago based theater entrepreneurs who built the famous Chicago Theater on State St. Chicago in 1921. The new owners remodeled the Washington Theater to better accommodate the needs of a growing patronage and for its performers. Improvements included lowering the stage by 14 inches for better visibility, installing a Typhoon or swamp cooling system to maintain the auditorium at about 70 degrees Fahrenheit. They also added two additional exits leading onto Hampshire Street, redecorated both the lobby and the auditorium, replaced and enlarged the dressing rooms for performers, and installed new stage lighting. 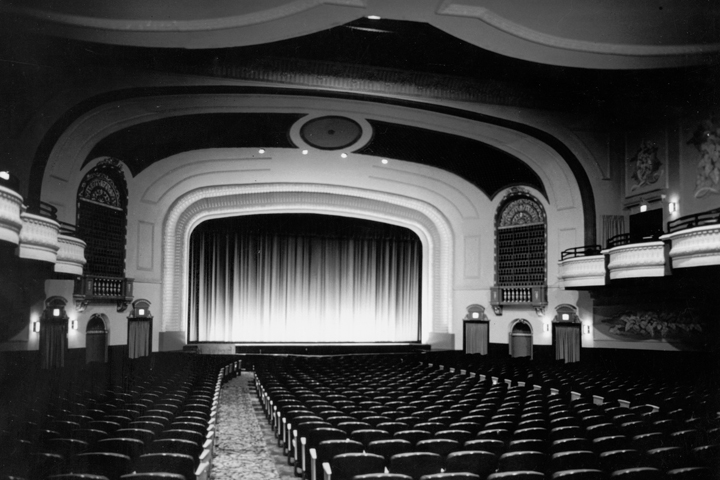 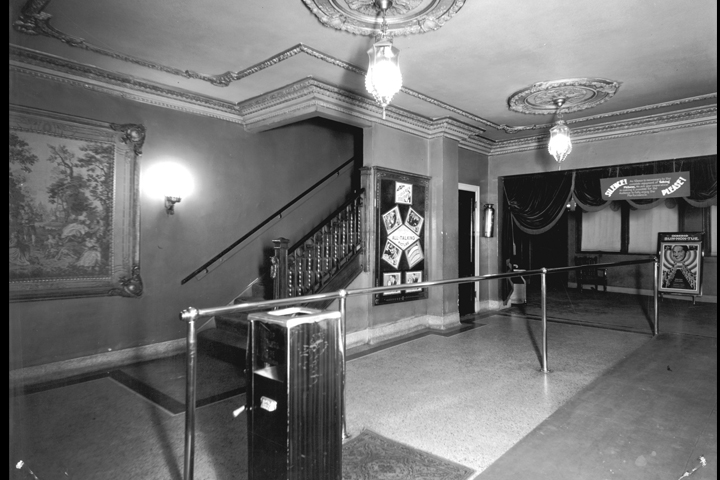 The Washington Theater continued to present vaudeville shows and added silent movies to the program. By late 1928 the Theater was wired for sound in preparation for “Talking Movies” which arrived on the scene in 1929 making Washington Theater the first “talking picture house” in Quincy with its showing of “The Lights of New York”. Vaudeville and stage shows continued throughout the 1930 and moved to a full-time movie house in the 1940s. 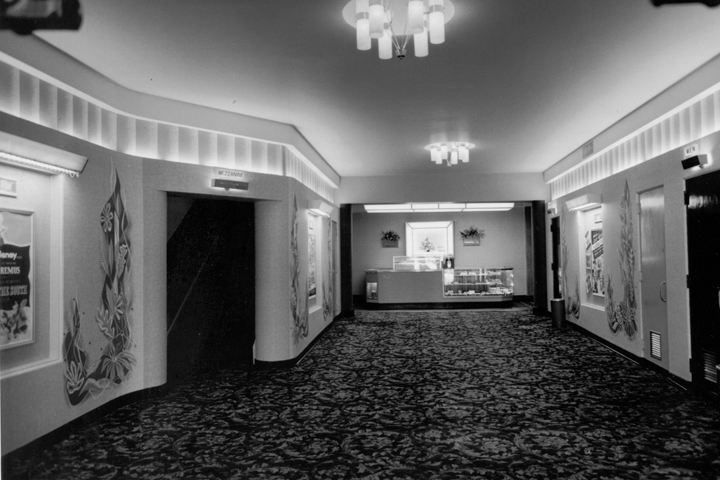 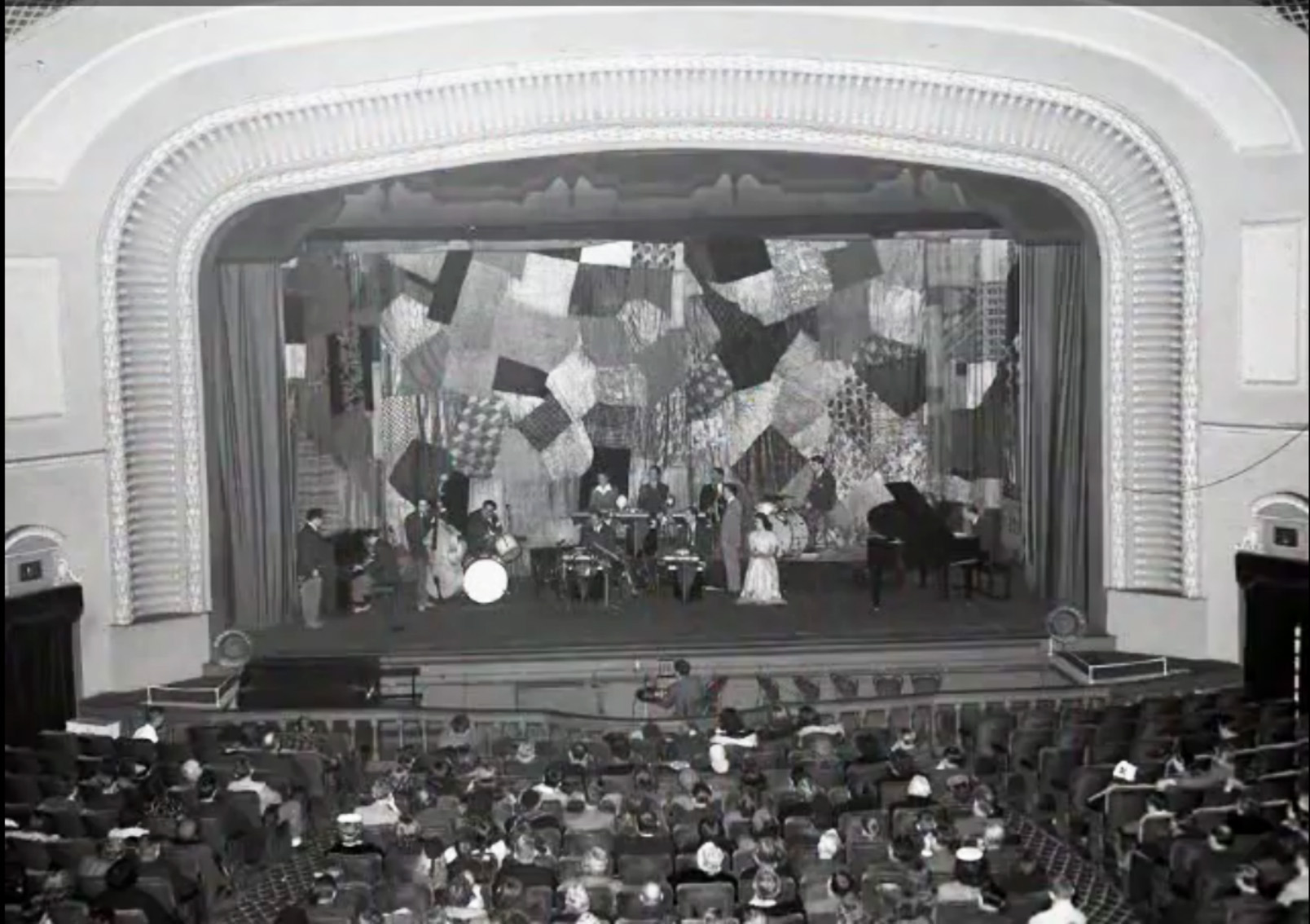 The Theater was later acquired by another entity from the late 1980’s until 2000. They made some repairs to the building frontage, but only used the auditorium and other spaces for storage. In 2000, the City of Quincy once again acquired the Washington Theater which had fallen into disrepair since closing 18 years earlier. The City Council formed a Redevelopment Commission comprising members of the public and city staff to evaluate and recommend actions that could restore the theater to as close as possible its original 1924 condition, benefitting the residents of Quincy with a multi-purpose entertainment venue and create a valuable tourist attraction.